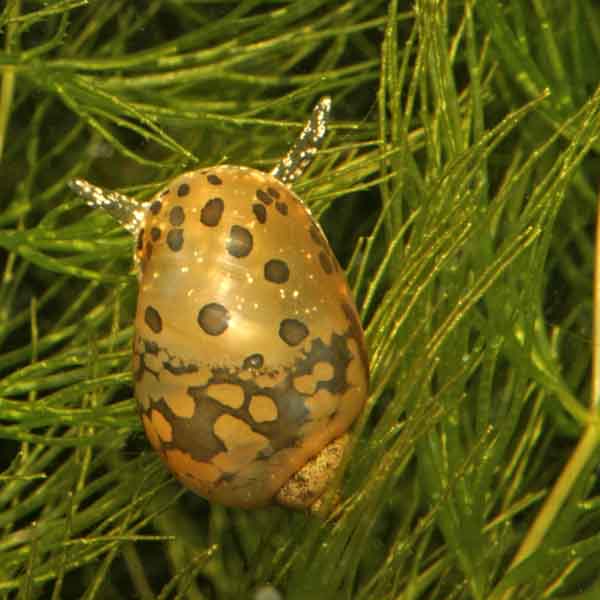 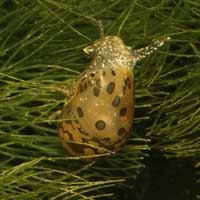 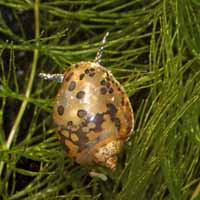 General information: A small to medium sized freshwater snailfound across the top half of Australia and down them east side. In the NT it is found in billabongs with very soft water and seems to be able to do well where other sanils with heavy shells are absent. Recently on a survey of Coburg Peninsular it was found in a brackish billabong behind the black Point Ranger Station. It spends plenty of time onthe surface and seems to like soft algae as a food source. It will also eat submerged aquatic plants and sould be excluded from the aquarium that is intended to grow an underwater garden. The markings on the animal are not on the shell but are pigment in the flesh under the shell. The shells are quite thin and opaque when the animal has deceased and out of the shell. Another name for the snail is paper snail because of the shell characteristics.

Cultivation notes : It will live in most aquaria, however it is eaten by some fish easily because of the soft shell and will eat your aquarium plants. It is a good snail if breeding fish and want something to keep the fry tanks clean.

Selling details : Sold as an individual at 1.0 cm shell length.