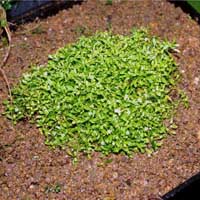 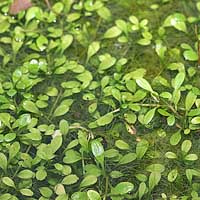 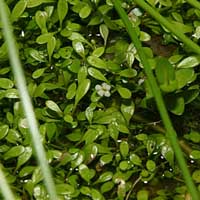 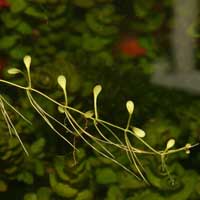 General information: This small carpeting plant is from the cooler regions of Australia and New Zealand. It was made famous by Takashi Amano in his famous aquarium plant picture books. The plant cultured was collected from near Tumut in NSW and even though it is from the cooler Snowy Mountains regions it does well in the tropics.

Cultivation notes : It is cultured at Aquagreen all year round in shallow water under 70% shade cloth where the water is over 30 deg C for most of the year. The water is soft and pH is controlled to 7.0 with CO2. It requires high light levels to cause its spreading ground cover habit. It is cultured in lower light levels it can stop spreading and start a vertical growth habit. Propagation is vegetatively by runners.