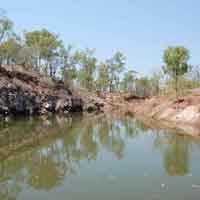 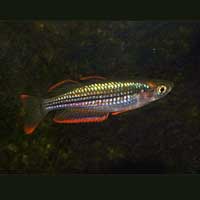 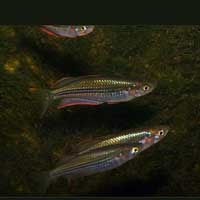 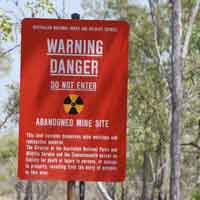 General information: This smaller species of Rainbowfish was not discovered until 1978. It lives in the upper more rocky regions of creeks and rivers. Most common habitat is above waterfalls and near rapids. Like most rainbows each separate population looks slightly different. The form from Sleisbeck was rescued from an old uranium mine. The mine was about to be rehabilitated and the traditional owners asked me to rescue as many fish as possible from the pit. Some ANGFA members and the Aquagreen Operations Manager went to the old Sleisbeck uranium mine, caught as many fish as possible and returned them to the Katherine River about 3 km from the pit. Any fish that have been sold have a percentage of the farm gate sales returned to the Traditional Owners to assist them with their caring for country program and any other project they are into at present.

Aquarium notes : Keeping and displaying rainbowfish in an aquarium has grown in popularity especially since the discovery of many of the more colourful forms over the last thirty years. Rainbowfish colours are at their best when they are in a well planted aquarium with darker gravel and a light source that comes from the same direction as the viewer. Rainbowfish look particularly good in the morning if their aquarium has some light from the morning sun. Keeping rainbowfish healthy has much to do with a good diet with plenty of greens and not too much rich protein. Good clean water with plenty of water movement and high dissolved oxygen levels helps keep them looking like their wild brothers and sisters in the natural world. They are easily bred in an aquarium with the parents being egg scatterers. The male displays near a prominent area he has selected and when a female selects him they will spawn. Rainbowfishes spawn each day when conditions are good.

Distribution : Exquisit Rainbowfish has a small distribution in the rocky upland area in the NT in the upper Katherine, Mann, South Alligator, Waterhouse, Mary Rivers and small Creeks around the NT town of Pine Creek. In Western Australia the distribution is in some of the rocky creeks of the Kimberley District.

Selling details : Sold as individuals at 2.5cm or larger.